Well, a local parent dumping some paperwork in a recycling bin behind a middle school was shocked by what he discovered.

“I knew somebody was going to get in trouble. I was gonna raise a stink. I opened the lid of the dumpster and was shocked,” says Ed Staab. 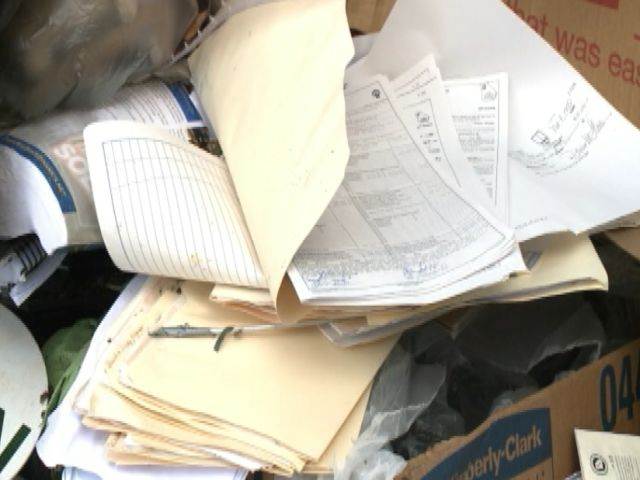 Staab took a bunch of photographs of the documents. Then, he called the Pennsylvania Department of Insurance and he even contacted the police.

KDKA’s Get Marty found out Staab was on the right track. The Pennsylvania Department of Insurance has opened an investigation. Violation of privacy laws can result in high fines, even a loss of license to do business in Pennsylvania.

“Shredding is not a complicated thing to do. They could do it. You would like to think they would,” says the victim, Chuck Beatty.

KDKA found a significant amount of Beatty’s personal information in the dumpster files. We found his cell, work, and home phone numbers.

“I don’t give that information out to anyone. That’s not right,” says Beatty.

So, how did the documents end up in the dumpsters? KDKA’s Get Marty uncovered that a major local mortgage service company hired another company to do title work for them. That company dumped the documents. That company says all of the records are public information.

ServiceLink gathered all of the documents from the dumpsters and shredded them all. ServiceLink did nothing wrong.

The company says it will make certain that all future documents are shredded if there is any concern about information.

The Pennsylvania Department of Insurance continues to investigate.