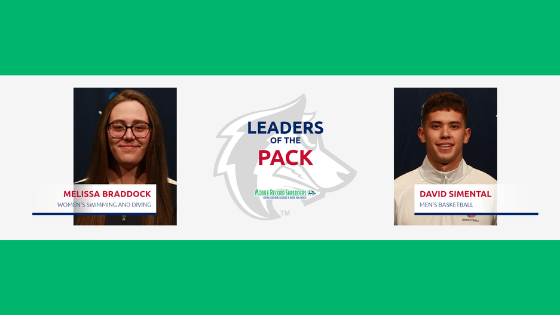 Mobile Record Shredders is a proud supporter of Athletes of the Week for CSU-P. This week they are MELISSA BRADDOCK (Women's Swimming and Diving) and DAVID SIMENTAL (Men's Basketball).

Melissa Braddock (So., Wigan, England) won the 1650 Free at Western Colorado over the weekend. Despite competing at the highest elevation pool in the country, Braddock swam a career-best time of 19:46.51. This time stands seven seconds better than her previous best. She also beat the rest of the field by 46 seconds in this race. Read the full article here.

He finished with 27 points on 8-for-13 (61.5%) shooting from the field and a 9-for-10 (90%) effort from the free throw line. Simental added five rebounds and two steals to his stat line. He also knocked down two 3-pointers. Read the full article here.